Whether you’re a musician or a photographer, one of the things you might be trying to reach your audience do in this age of social isolation is a live stream. While you can go live simply with your phone, you’ve probably discovered that the quality of video and audio was less than desirable. If you want to keep an audience engaged to your live stream then it is time to up your game.

To get started you need some software to function as your “TV Studio” one of the most popular and also free solutions is OBS.
OBS:  Open Broadcaster Software
This is a FREE cross platform solution for live streaming. Text overlays, multiple camera views, configurable scenes and more, it is great. This has been my go-to solution for webinars for years. It can stream to the platform of your choice such as Facebook or Youtube. Note that when you’re using external software such as OBS to go live there is a 20-30 second delay in what your audience sees compared to going live with your phone.

Cameras for your live stream
The built-in webcams of your laptop are functional but a web camera such as a Logitech C920 can provide a better picture more importantly a more flattering viewing angle. I’ve run up to three of these types of webcams at once in webinars to get a variety of camera views.
If you want better quality than a webcam, DSLR cameras can be integrated easily on the Mac. There is an open source “plug-in” for OBS called CameraLive that lets you bring in most (Canon) DSLRs into the computer via USB. Note that autofocus and some other camera features are not possible when using CameraLive. If you’re after even better quality you can bring an HDMI source (if your camera supports it) directly to OBS or other software with a device like the Elgato Cam Link. If you’re really dedicated and need many more camera inputs, the Black Magic MINI switcher will allow you to bring in multiple HDMI sources.

Remote guests while broadcasting.
If you want to bring someone else to your live stream that isn’t directly with you, the only real solution here is SKYPE. Skype has an option in the Advanced calling settings to turn on “NDI”. This feature allows other applications like OBS to grab the video and audio and use it as an input source. If you have multiple guests on a conference all, each Skype guest will appear with a unique name as a source or you can also choose “Active speaker” and Skype will do do the video switching for you. In OBS, you’ll need to a plug-in to make this work. ECAMM for Mac instead of OBS
After years of using OBS, I recently switched to a Mac only solution called ECAMM. It is a subscription based program around $30 per month or less if you pay for a year. I originally switched because we were adding Skype guests to our webinars had difficulty with audio/video sync with our Skype guests. Note that I do believe that our issue here was strictly related to OBS for Mac and the Windows version is ahead in terms of revisions and features.
In ECAMM, Plug-ins for DSLR cameras are not needed. My Canon DSLR simply works with autofocus enabled. A plug-in for Skype isn’t needed, it also just works. There are a few things that are slightly less configurable compared to OBS but the simplicity and rock solid quality are hard to beat. If you’re streaming to only one platform Facebook or Youtube (not both at the same time) ECAMM integration lets you grab comments and put them on the screen. People LOVE this and I’ve never seen this on any other platform. Their tech support is excellent as well.

Other host options:
There are other alternatives to OBS and ECAMM such as Wirecast, vMix and others. They’re all going to cost you.

Can your computer handle it?
I’ve been running everything on a 2015 Macbook Pro 16gigs of RAM without issue. The computer does work hard – the fans spin up and it gets a little noisy but never an issue if you have good audio prepared. I also connect a second monitor to my computer. Whether you are using OBS or ECAMM you’re probably going to need the extra real estate on your screen for other applications including your browser which you may need open to verify that you are actually streaming live.

Getting audio into your webcast
I’ll be writing another article on audio interfaces and microphones for your live stream. Needless to say if you’re using the microphone built into your laptop or webcam the quality is about as good as a speakerphone. The best way to improve the audio in your live stream is with an audio interface that will allow you to plug in your microphones and instruments all at once.
If you already have an audio interface, routing audio in a live stream isn’t as straight forward as it may seem. I’m often demonstrating musical instruments in my webinars, having quality, stereo audio has always been a requirement. Typically speaking, the software (OBS, ECAMM) will only see two audio channels. So if you have an audio interface with multiple inputs the software may only monitor channels 1 & 2, leaving your other audio inputs inaudible. To make matters worse, a microphone plugged into channel 1 on your audio interface would be routed strictly to the left channel. Using OBS on a Windows computer (a few years ago) the only solution I could come up with was to use a mixer before my audio interface to sum all my sources to two channels.
On the Mac there is a solution which allow you route all of your audio inputs, plus system audio from applications on your computer to your live stream. Loopback provides this wizardry. So whether you’re streaming a video on how to use Logic, MainStage, Cubase or ProTools or just need the variety of input sources on your audio interface properly routed, Loopback is the fix.

Streaming to multiple platforms at once.
If you want to stream to both Facebook and Youtube at once to reach a larger audience there are a few solutions. Note that when you do this you lose the chat integration of ECAMM. One of the most popular is Restream.io. Their free version will let you broadcast to your personal Facebook wall and Youtube at the same time but not your Facebook page.
I have been using Crowdcast. On its own, it is a place to HOST your live streams. Crowdcast is a great place to hold private webinars or ones that people pay money to see. Another feature of Crowdcast is that you can multi-stream from there to Youtube and Facebook at the same time.

More to come
There is so much more to prepare for that will help your live stream stand out. Camera choices, microphone, lighting, text overlays and more. Stay tuned for Part 2. 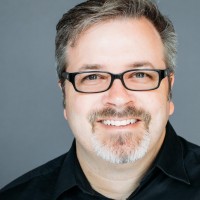